The “online” population in China is around 800 million, which is the largest in the world and is equivalent to the 20% online users in the whole planet. To do a comparison, the user base is even larger, in number, of the total number of users in Europe and the United Estates combined together.

In the figure 2, you can observe, on the first quarter of 2018, the quantity of online users, for the main social media in China, which is Tendent: “Wechat”, “QQ” and “Qzone”; versus Facebook, that includes: “Facebook”,“Whatsapp,” “Messenger” and “Instagram”. And also a comparison between Tencent and Facebook Revenue and Net income. Tencent is only 0.3 billion behind Facebook, according to Statista.

But, the main question is: Why do citizens from Mainland China not use the most popular social media apps in the world?

The answer remains in: “The Great Firewall of China”

“THE GREAT FIREWALL OF CHINA”

Like the physical “Great Wall”, the “Great Firewall of China” is a digital wall that limits the online users in Mainland China to Access to the “World Wide Web.”

It limites the Exchange of information from diferent international websites and apps, such us “Google”, “Youtube”, “Twitter”, and, also, diferent websites from outside China.

“The great Firewall of China” is recognized as the largest and most sophisticated censorship tool, and also, it restricts the information exchage between the online users living inside its borders.

SOCIAL MEDIA CHINESE APPS AND ITS EQUIVALENTS IN WESTERN COUNTRIES

In China, Social Media is more that a tool for communication and entertainment, it is used for e-commerce, news, payments, for lending money to friends and family and much more.

WeChat is, suprisingly, opened, on a daily basis, for around 25% of the global population, and counting on it is mainly used in Mainland China.

WeChat has over 750 million users, and remains popular because it is much more that a regular app. You can buy clothes, play games, book hotels and flights and so forth.

Mini programs are what Wechat uses as a third party tool, included in its app, to get its users conected and have access to different services.

Facebook and Snapchat, seeing the strong success of WeChat, have started the development of different platforms, for example with games.

But WeChat goes much further than that, it allows the population of Mainland China to conect with the outside “Great Firewall”´s world.

It is the equivalent to Twitter, a micro-blogging platform particularly popular in business

QQ is a popular app in China, manly in 3rd and 4th tier cities, and is basically an instant message app and marketing for businesses. 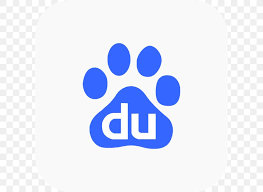 The equivalent to Reddit in Mainland China is Baidu Tieba, a discussion board where you can talk about different topics.

Douban is used alike IMDB, as a film, series and TV shows rating platform, in which you can rate movies, for example, make a discussion, share it in your Social Media and so forth.

In Meituan-Dianping, you can check, rate, review and leave a comment on restaurants, hotels, saloons, gyms and so forth.

HOW CAN SOCIAL MEDIA HELP YOU IN YOUR DAILY BASIS IN CHINA?

The Chinese social media scene is distintive from the Western Showcase. The estimate of China´s online users, its administrative scene and social background inmplies that its social scene is essentially diverse to what we see within the US and Europe.

While, in Western countries, social media apps focus on solving a limited range of social interactions, in Mainland China, the apps try to be as much broad as they can, in order to try to keep the monopoly of their online users. They do so by avoiding the needs of its customers to use another apps by being able to do it in the same one.

Social apps in Mainland China are more indispensably to household life than they are somewhere else. And whereas most of the attention is centered on WeChat´s showcase dominance,the development of different platforms in China´s regional show how Chinese companies can effectively reach customers anywhere.

Les Roches is not jus a school..It’s a way of life!

We are located in Shanghai -->China